2020 Was a Blockbuster Year for Housing Despite the fears leading into the pandemic last Spring, 2020 marked a record number of home resales as new listings lagged and prices climbed. December housing data released by the Canadian Real Estate Association (CREA) today shows national home sales surged 7.2% month-over-month (m-o-m) at a time of…

Canadian Jobs Market Tanked in December Canadian employment fell 62,600 last month, a bit weaker than expected, following seven months of recovery (see chart below). The rapid rise in COVID cases and the ensuing lockdown measures in many key regions caused the net loss in jobs in the mid-December survey.  Especially hard hit were workers at…

Bank of Canada Confirms Commitment To Low Interest Rates Despite the good news on the vaccine front since the Governing Council’s last meeting in late October, the Bank of Canada reasserted its commitment to provide extraordinary monetary policy support for many months to come. The statement released today reiterated that the Bank will hold the…

Canada’s Jobs Recovery Slowed Again in November With Second Wave The November Labour Force Survey, released this morning by Stats Canada, showed an employment increase of 62,000 compared to 83,600 in October–well below the 378,000 gain in September.  This was the weakest job growth in the past six months since the economic recovery began (see…

Rebounding Q3 Canadian Economy Stalls in Q4 The Canadian economy rebounded sharply in the third quarter, posting its most rapid expansion ever. Still, it was a lower than expected gain, and early data show that momentum is quickly fading in the face of a second wave of the pandemic. Gross domestic product rose by a massive…

Federal Fiscal Update–Finance Minister Freeland’s Debut Justin Trudeau’s government, which has delivered the biggest COVID-19 fiscal response in the industrialized world, announced plans for another dose of stimulus and vowed to continue priming the pump as long as needed. Finance Minister Chrystia Freeland unveiled $51.7 billion of new spending over two years in a mini-budget Monday, led…

Canada’s Jobs Recovery Slowed in October With New Pandemic Restrictions The October Labour Force Survey, released this morning by Stats Canada, showed an employment increase of 83,600–well below the 378,000 gain in September and average monthly gains of 395,000 over the past six months (see chart below). Several provinces tightened public health restrictions last month…

The Bank of Canada’s commitment to prolonged record-low rates is more than justified considering that the reopened economy ended up being strong but uneven, according to Sherry Cooper, chief economist at Dominion Lending Centres. “Growth is estimated to have rebounded strongly in the third quarter, reversing about two-thirds of the decline observed in the first half of…

Bank of Canada Recalibrates Quantitative Easing As expected, the Bank held its target overnight rate at the effective lower bound of 25 basis points with the clear notion that negative policy rates are not in the cards. Instead, the central bank will continue to rely on large-scale asset purchases–quantitative easing (QE). The central bank is recalibrating its QE…

Bank of Canada Will Stop Buying Canada Mortgage Bonds This Wednesday, the Bank of Canada will release its interest rate announcement and the October Monetary Policy Report. Most people expect the overnight rate to remain at 0.25%, where it has been since the pandemic hit. A few have suggested that the Bank could take a page from…

Canadian Home Sales and Prices Set Another Record High in September Today’s release of September housing data by the Canadian Real Estate Association (CREA) shows national home sales rose 0.9% on a month-over-month (m-o-m) (see chart below). This continues the rebound in housing that began five months ago amid record-tight market conditions. “Along with historic…

Canada Has Recouped Three-Quarters Of Pandemic Job Losses The September Labour Force Survey, released this morning by Statistics Canada, reflects labour market conditions during the week of September 13 to 19, six months after the onset of the COVID-19 economic shutdown. As Canadian families adapted to new back-to-school routines at the beginning of September, public health restrictions…

Dr. Sherry Cooper was recently scheduled as a special guest for the Peking University Alumni Association of Canada’s Fireside Chat focusing on COVID-19 and real estate. Watch the video below or click here!

Throne Speech: Canada’s Response to COVID-19 Prorogation on August 18, following the resignation of Finance Minister Morneau, a new session of Parliament, and a new speech from the throne was meant to allow the government to hit the reset button. And for Prime Minister Justin Trudeau, to try and move past the summer of controversy…

Another Record-Setting Month For Canadian Housing

Canadian Housing Market Sets Record Highs in August Today’s release of August housing data by the Canadian Real Estate Association (CREA) showed a blockbuster August with both sales and new listings hitting their highest levels in 40 years of data–exceeding the record July activity levels. This continues the rebound in housing that began four months ago….

Bank of Canada Relies on Quantitative Easing As promised, the Bank held its target overnight rate at the effective lower bound of 25 basis points with the clear notion that negative policy rates are not in the cards. Instead, the central bank will rely on large-scale asset purchases–quantitative easing (QE–of at least $5 billion per…

Canada Has Recouped Two-Thirds Of Pandemic Job Losses The August Labour Force Survey, released this morning by Statistics Canada, reflects labour market conditions as of the week of August 9 to 15, five months after the onset of the COVID-19 economic shutdown. By mid-August, public health restrictions had substantially eased across the country and more businesses and…

Canadian Economy Took a Record Nosedive in Q2  Canadian real GDP plunged 11.5% in the second quarter, or -38.7% at an annualized rate, the worst quarterly decline on record (see chart below). This followed an 8.2% plunge in Q1. The worst of the contraction occurred early in the quarter as the lockdown in March and…

Trade war hurts us all

Dr. Sherry Cooper is a sought-after speaker, writer and advisor renowned for her ability to simplify and de-mystify the complex subjects of economics and finance.

An award-winning authority on finance and economics, Sherry is also TMX Industry Professor at DeGroote School of Business, McMaster University.

Named “the megawatt celebrity economist” by Canada’s national newspaper –and repeatedly cited as one of the most influential women in Canada, Sherry served as Chief Economist and Executive Vice-President of BMO Financial Group where she was responsible for global economic and financial forecasting as well as country-risk and industry-risk analysis. She joined BMO Financial Group in 1994 when it acquired Burns Fry, where she had been Chief Economist, Co-Head of Fixed Income and the first female director of a Bay Street investment firm.

Well-known as a media commentator, Sherry’s third book – The New Retirement: How It Will Change Our Future – was a block-buster best-seller.

Dr. Cooper has an M.A. and Ph.D. in Economics from the University of Pittsburgh. She began her career at the Federal Reserve Board in Washington, D.C. where she worked very closely with then-Chairman, Paul Volcker and subsequently joined the Federal National Mortgage Association (Fannie Mae) as Director of Financial Economics. 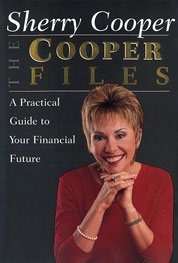 Never before in history has change been so rapid or so pervasive. We are in the early stages of a technology revolution that is changing the way we communicate, live, work, play and do business. What is Canada’s role in this transforming economy? How can Canadians prepare and profit from such change? Sherry Cooper provides… 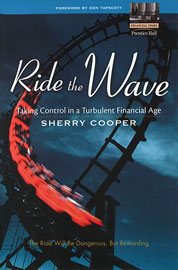 In Ride the Wave, Dr. Sherry Cooper, global economic stregist, regular CNBC guest, and former Fed economist, shows how yesterday’s predictable business cycles have been replaced with a spiraling, unending rollercoaster. Yes, says Cooper, we are in the early stages of an “upwave.” In 20 years, the world will be a far wealthier place. But… 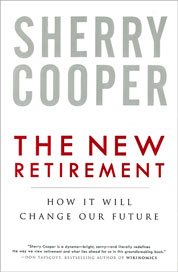 How It Will Change Our Future In The New Retirement, global economic strategist Sherry Cooper explains that the boomer generation will be reaching traditional retirement age very soon and that an enormous wave of boomer retirees will crest in 2025. This phenomenon will profoundly affect the labour markets, the economy, and financial markets for decades….

If you would like to book Dr Sherry Cooper to make a presentation or have any other questions please use the form below to send her an email.