Another Red-Hot Employment Report in Canada

Canadian Labour Market Is Much Too Tight–Adds To Inflation Pressure

Today’s Labour Market Survey for May 2022 showed that hiring continued at a rapid pace last month in an increasingly tight labour market, driving the jobless rate to another record low and fueling a sharp acceleration in wage gains. The economy added 39,000 jobs in May, surpassing expectations. The unemployment rate fell to 5.1%, far below the noninflationary rate of joblessness. Job vacancies are at a record high, and wage inflation accelerated to 3.9%, from the 3.2% pace posted in April.

The excess supply of jobs continues to push wages higher and will undoubtedly cause the Bank of Canada to continue to hike rates aggressively. The Governing Council of the Bank will release their next decision on July 13, as money market traders now see an even chance that the central bank will increase the overnight policy rate by 75 bps next month. 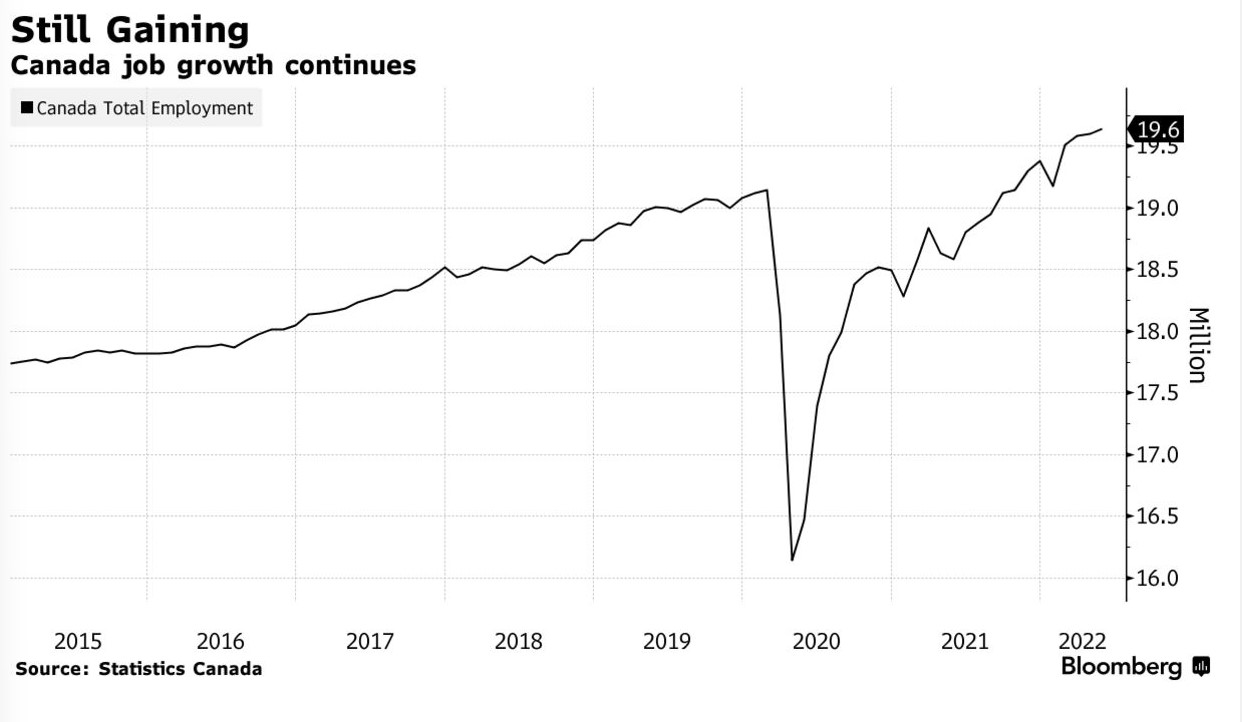 The employment rate, which measures the percentage of the population aged 15 years and older that has a job, increased to almost 62% in May, from 59.4% cent a year earlier. 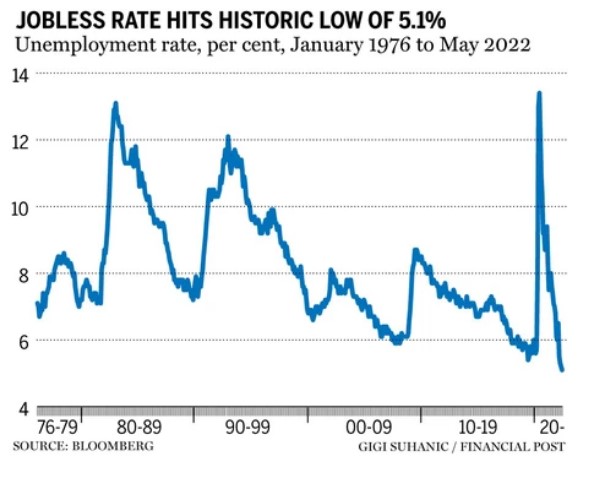 In other relevant news today, the US released its CPI inflation report for May showing inflation accelerated to a whopping 8.6%, up from 8.3% in April. Investors increased bets on a 75 bp hike after the release showing inflation is at a fresh 40-year high. Both headline and core inflation rose more than expected.

Market rates shot up on today’s news, with the Canadian 5-year government bond yield now at 3.3%.