Statistics released today by the Canadian Real Estate Association (CREA) show that the slowdown that began in March in response to higher interest rates has broadened. In April, national home sales dropped by 12.6% on a month-over-month (m/m) basis. The decline placed the monthly activity at its lowest level since the summer of 2020 (see chart below).

While the national decline was led by the Greater Toronto Area (GTA) simply because of its size, sales were down in 80% of local markets, with most other large markets posting double-digit month-over-month declines in April. The exceptions were Victoria, Montreal and Halifax-Dartmouth, where sales edged up slightly.

The actual (not seasonally adjusted) number of transactions in April 2022 came in 25.7% below the record for that month set last year. As has been the case since last summer, it was still the third-highest April sales figure ever behind 2021 and 2016.

Jill Oudil, Chair of CREA, said, “Following a record-breaking couple of years, housing markets in many parts of Canada have cooled off pretty sharply over the last two months, in line with a jump in interest rates and buyer fatigue. For buyers, this slowdown could mean more time to consider options in the market. For sellers, it could necessitate a return to more traditional marketing strategies.”

“After 12 years of ‘higher interest rates are just around the corner,’ here they are,” said Shaun Cathcart, CREA’s Senior Economist. “But it’s less about what the Bank of Canada has done so far. It’s about a pretty steep pace of continued tightening that markets expect to play out over the balance of the year because that is already being factored into fixed mortgage rates. Of course, those have, for that very reason, been on the rise since the beginning of 2021, so why the big market reaction only now? It’s likely because typical discounted 5-year fixed rates have, in the space of a month, gone from the low 3% range to the low 4% range. The stress test is the higher of 5.25% or the contract rate plus 2%. For fixed borrowers, the stress test has just moved from 5.25% to the low 6% range – close to a 1% increase in a month! It won’t take much more movement by the Bank of Canada for this to start to affect the variable space as well.” 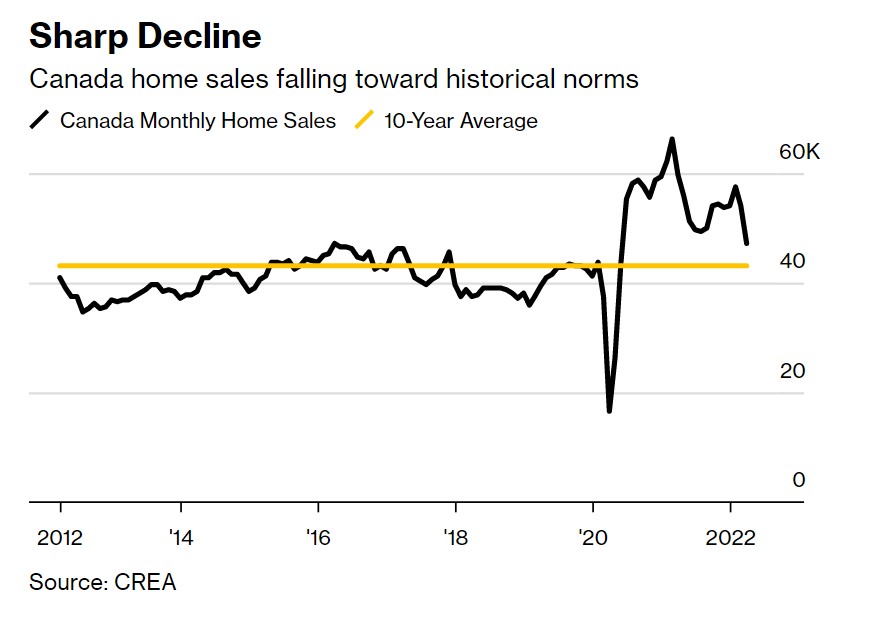 The number of newly listed homes edged back by 2.2% on a month-over-month basis in April. The slight monthly decline resulted from a relatively even split between markets where listings rose and those where they fell. Notable declines were seen in the Lower Mainland and Calgary, while listings increased in Victoria and Edmonton.

More than half of local markets were balanced based on the sales-to-new listings ratio being between one standard deviation above or below the long-term average in April 2022. A little less than half were in seller’s market territory.

There were 2.2 months of inventory on a national basis at the end of April 2022, still historically very low but up from slightly lower readings in the previous eight months. The long-term average for this measure is a little over five months. 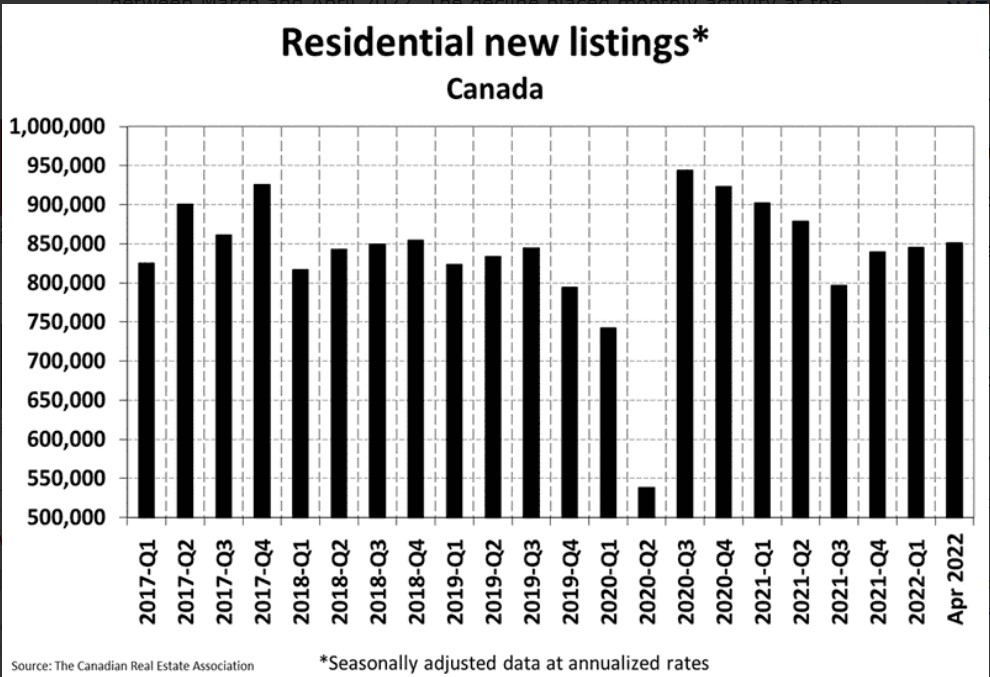 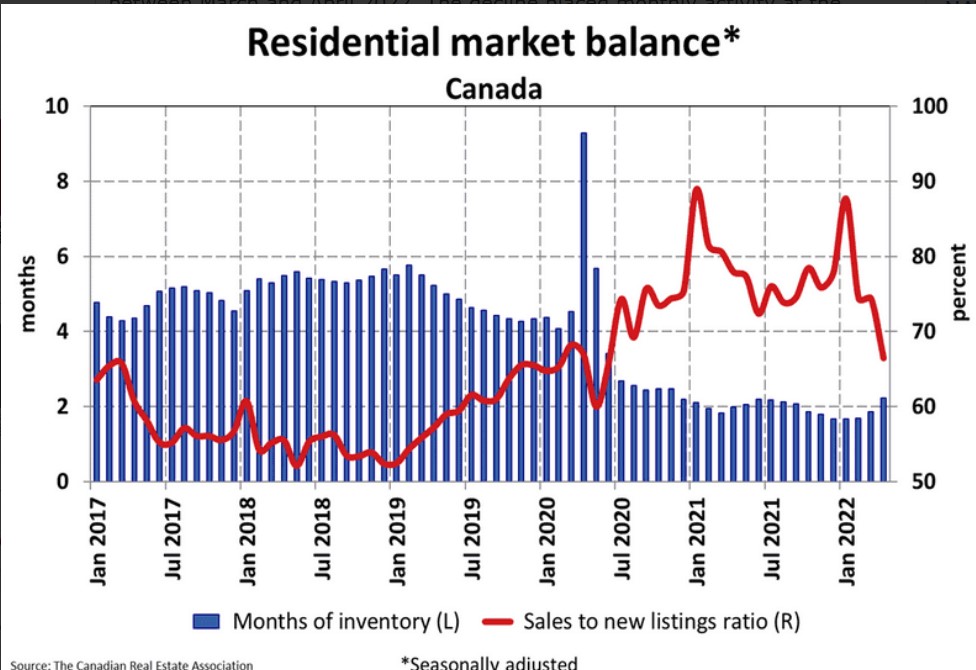 The non-seasonally adjusted Aggregate Composite MLS® HPI was still up by 23.8% on a year-over-year basis in April, although this was a marked slowdown from the near-30% record increase logged just two months earlier. 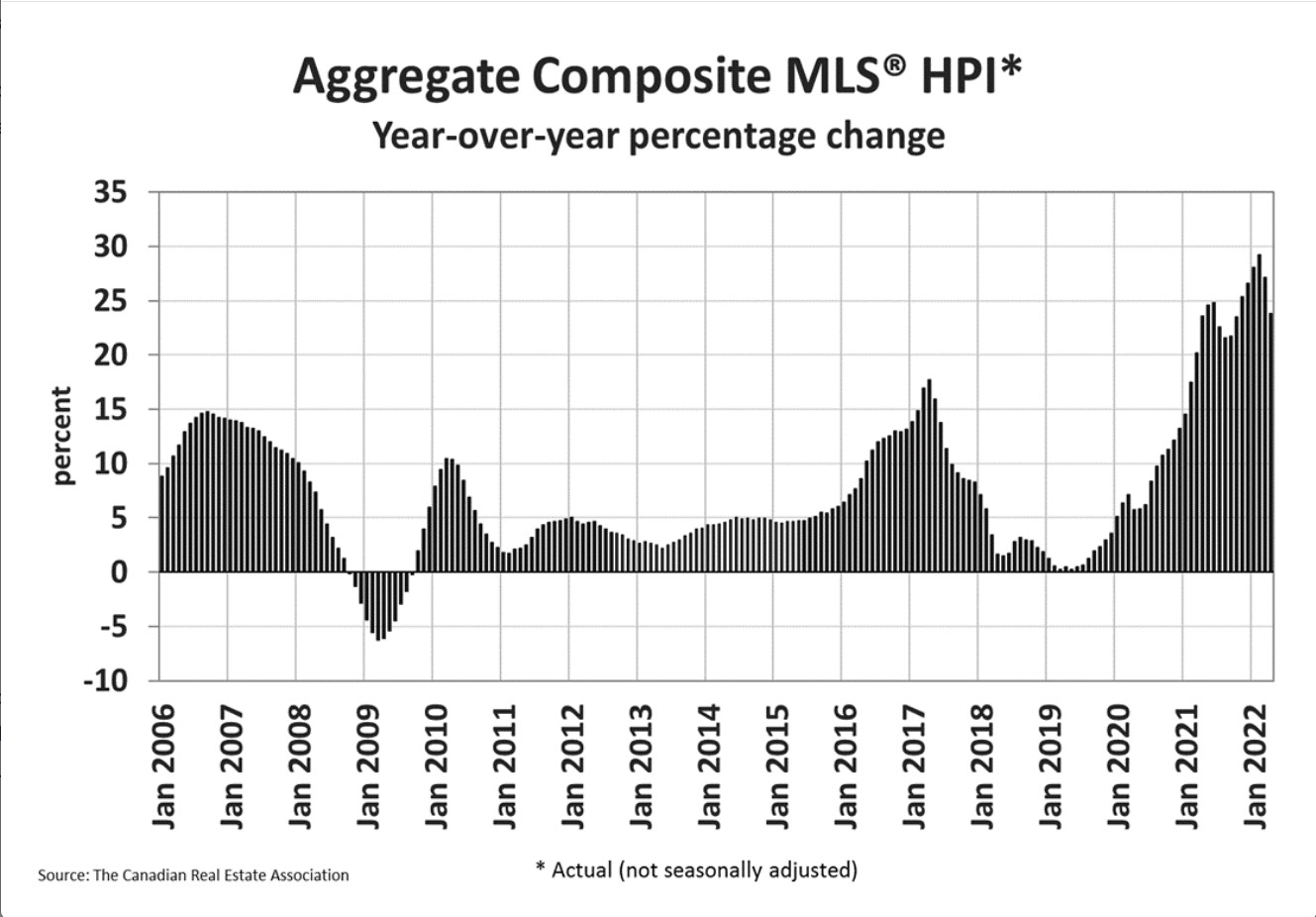 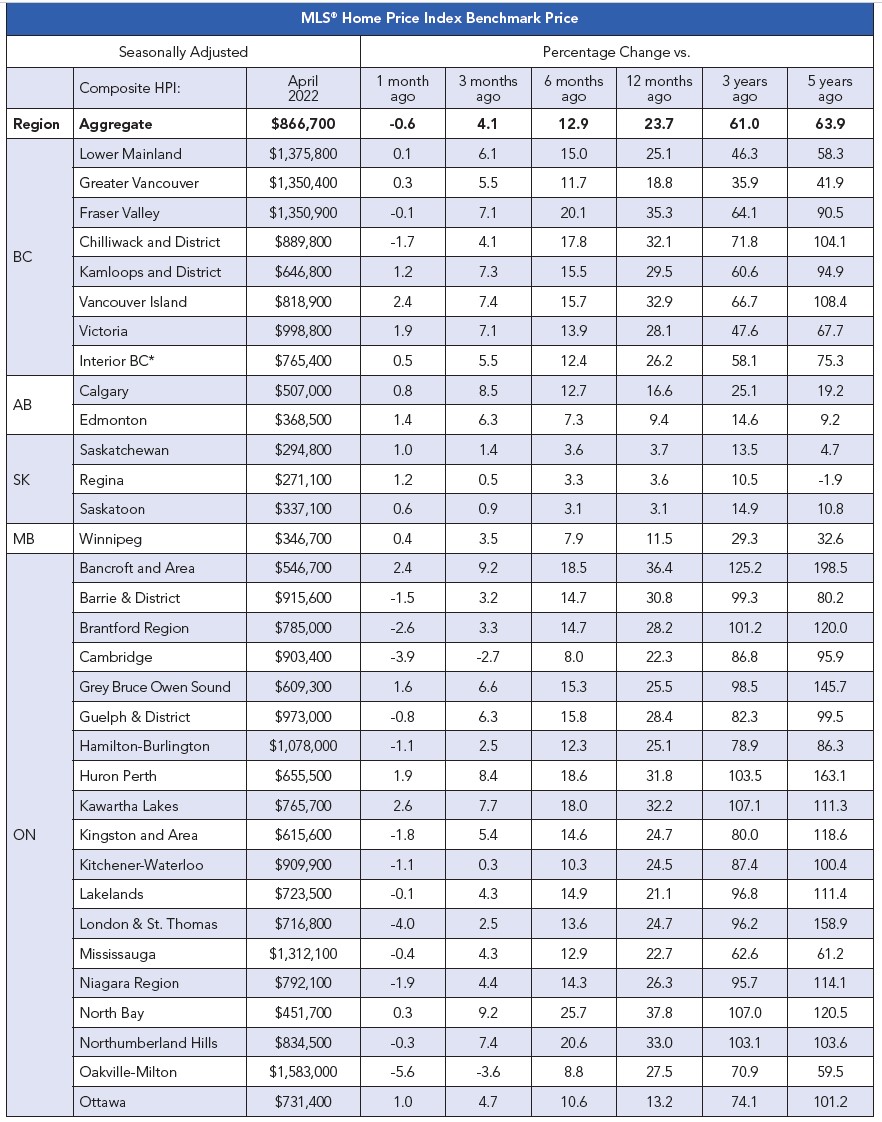 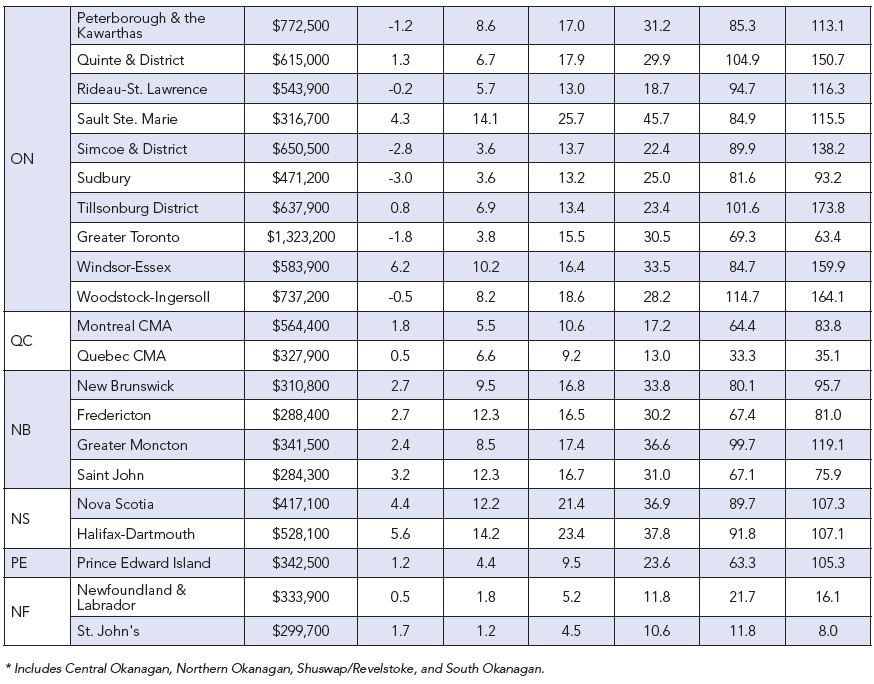 The fever broke in the Canadian housing market last month. Nevertheless, despite the sizeable two-month slide in sales, activity is still almost 10% above pre-COVID levels and the raw April sales tally was still one of the highest on record.

Markets in Ontario are weakening most, significantly further outside the core of Toronto. Sales in the province slid 21% in April and are now in line with pre-pandemic activity levels. The market balance has gone from drum tight with “not enough supply” to one that resembles the 2017-19 correction period. Elsewhere, Vancouver and Montreal look better with relatively balanced markets, while others like Alberta and parts of Atlantic Canada remain pretty strong.

The Bank of Canada will likely hike interest rates by another 50 bps on June 1.

Canadian Home Sales Slow Again in May, Shifting To A Buyers Market in GTA

Another Red-Hot Employment Report in Canada

The Bank of Canada Hikes Rates Again By 50 bps