Prices are Rising Everywhere–Transitory Can Last A Long Time

The monthly CPI rose 0.2% in September, at the same pace as in the prior month. Month-over-month CPI growth has been positive for nine consecutive months.

Today’s inflation is a global phenomenon–prices are rising everywhere, primarily due to the interplay between global supply disruptions and extreme weather conditions. Inflation in the US is the highest in the G7 (see chart below). The economy there rebounded earlier than elsewhere in the wake of easier Covid restrictions and more significant markups.

Central banks generally agree that the surge in inflation above the 2% target levels is transitory, but all now recognize that transitory can last a long time. Bank of Canada Governor Tiff Macklem acknowledged that supply chain disruptions are “dragging on” and said last week high inflation readings could “take a little longer to come back down”. 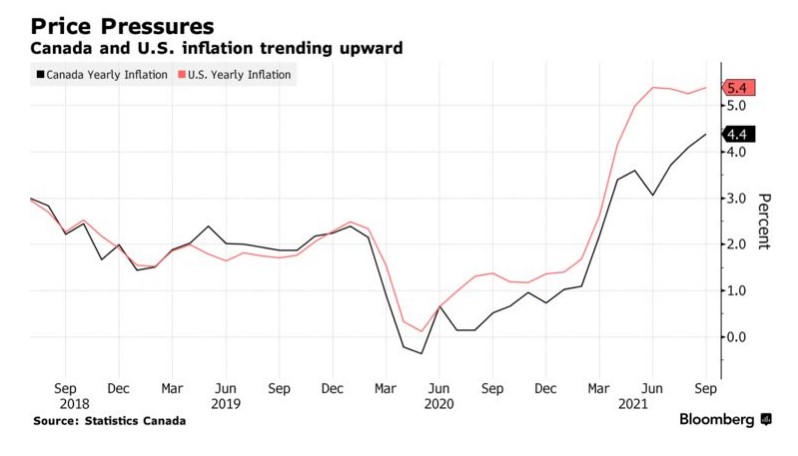 Prices rose y/y in every major category in September, with transportation prices (+9.1%) contributing the most to the all-items increase. Higher shelter (+4.8%) and food prices (+3.9%) also contributed to the growth in the all-items CPI for September.

Prices at the gas pump rose 32.8% compared with September last year. The contributors to the year-over-year gain include lower price levels in 2020 and reduced crude output by major oil-producing countries compared with pre-pandemic levels.

Gasoline prices fell 0.1% month over month in September, as uncertainty about global oil demand continued following the spread of the COVID-19 Delta variant (see charts below). 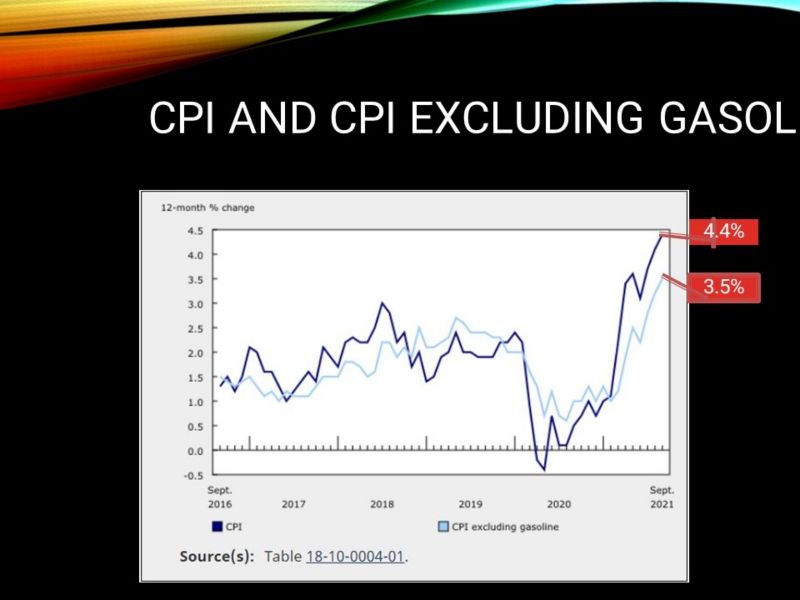 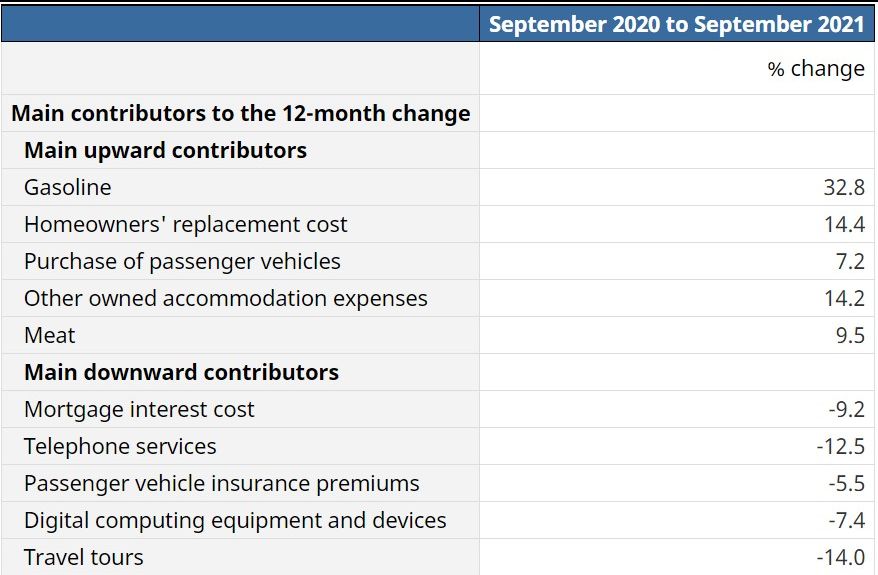 Today’s CPI release was the last significant economic indicator before the Bank of Canada meeting next Wednesday, October 27. While no one expects the Bank of Canada to hike overnight rates next week, market-driven interest rates are up sharply (see charts below). Fixed mortgage rates are edging higher with the rise in 5-year Government of Canada bond yields. The right-hand chart below shows the yield curve today compared to one year ago. The curve is hinged at the steady 25 basis point overnight rate set by the BoC, but the chart shows that the yield curve has steepened sharply with the rise in market-determined longer-term interest rates.

Moreover, several market pundits on Bay Street call for the Bank of Canada to hike the overnight rate sooner than the Bank’s guidance suggests–the second half of next year. Traders are now betting that the Bank will begin to hike rates early next year. The overnight swaps market is currently pricing in three hikes in Canada by the end of 2022, which would bring the policy rate to 1.0%. Remember, they can be wrong. Given the global nature of the inflation pressures, it’s hard to imagine what tighter monetary policy in Canada could do to reduce these price pressures. The only thing it would accomplish is to slow economic activity in Canada vis-a-vis the rest of the world, particularly if the US Federal Reserve sticks to its plan to wait until 2023 to start hiking rates.

It is expected that the Bank will taper its bond-buying program once again to $1 billion, from the current pace of $2 billion.

The Bank will release its economic forecast next week in the Monetary Policy Report. It will need to raise Q3 inflation to 4.1% from its prior forecast of 3.9%. 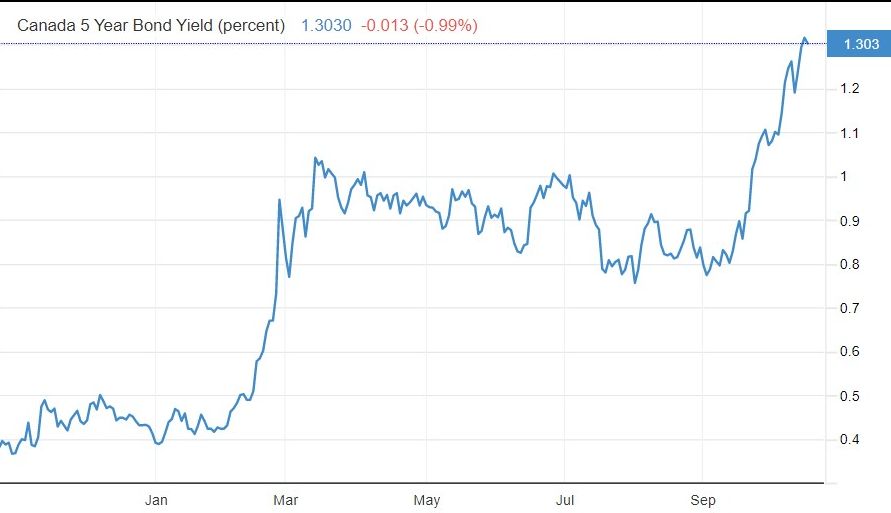 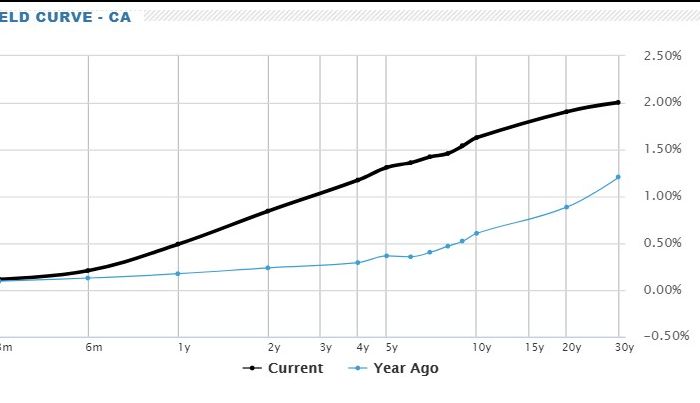