Job vacancies abound in many sectors, yet employers have trouble finding workers to fill those jobs and retaining workers with so many options available. As the jobless rate falls to new record lows, net new employment has slowed. This is not dissimilar to the housing market, where supply is insufficient to meet demand. Home sales are slowing in response to very low inventories, which are now compounded by rising mortgage rates.

Statistics Canada released the April Labour Force Survey this morning, reporting a slowdown in job gains to 15,300, a mere fraction of the  72,500 jump last month and the whopping 337,000 surge in February.  The April figure was way below the 40,000 rise anticipated by economists.

After reaching a record low of 5.3% in March, the unemployment rate edged down 0.1 percentage points to a series-low of 5.2% last month, compared to the 5.7% level posted before the pandemic. There is considerable excess demand for workers as the economy failed to produce any new growth in labour supply. In April, hours worked declined 1.9%, reflecting a jump in Covid-related absences and disability.

Increases in employment in professional, scientific and technical services and public administration were offset by construction and retail trade declines. These two sectors are reporting significant labour shortages. The federal government hopes to double the housing supply over the next decade, but to do so, homebuilders need many more construction workers.

More people worked in the Atlantic region and Alberta, while employment fell in Quebec. At the national level, employment gains among core-aged women aged 25 to 54 were offset by a decrease among core-age men. 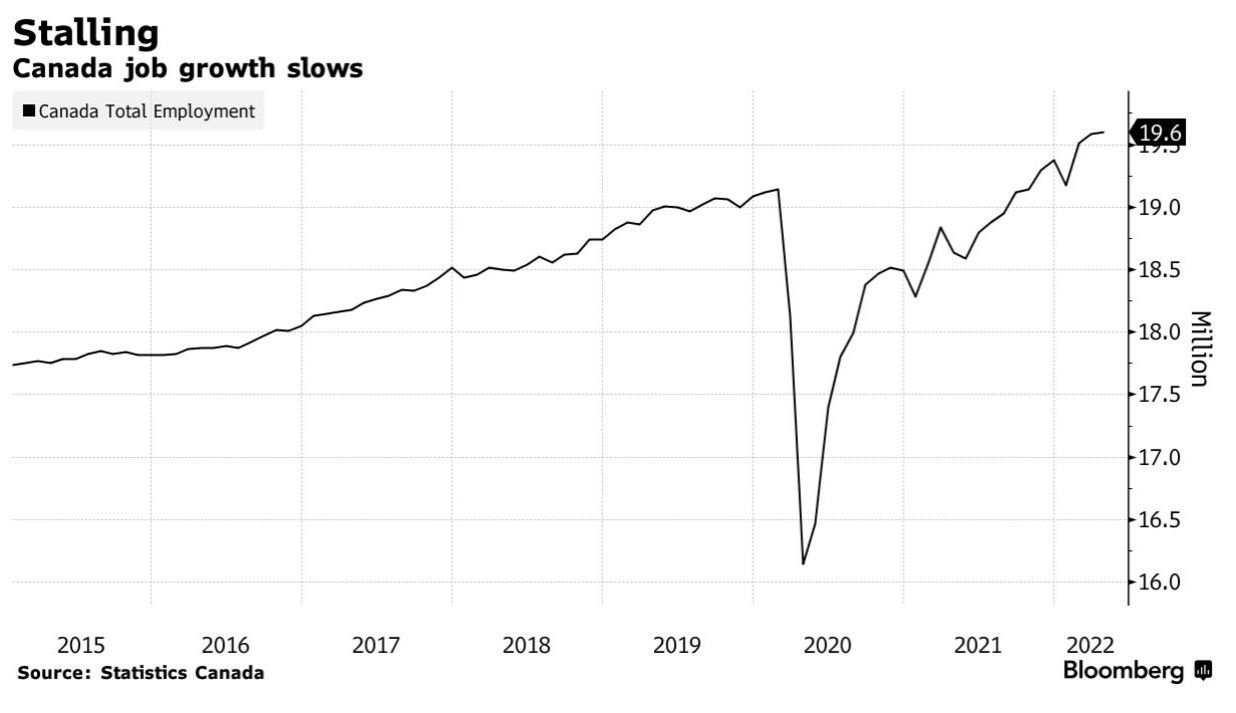 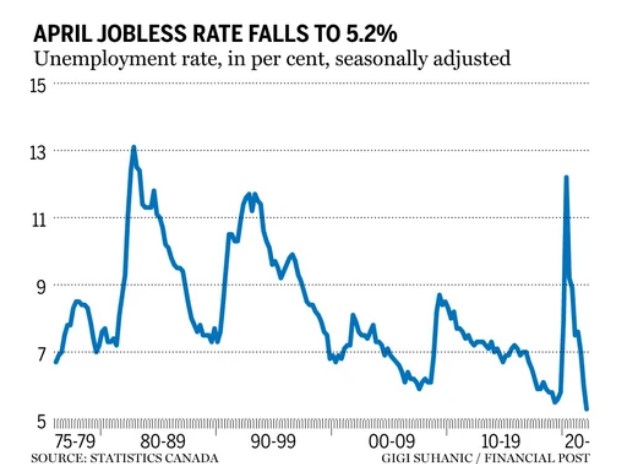 There are signs that wage inflation could accelerate in response to continued high job vacancy rates and tightening labour supply. 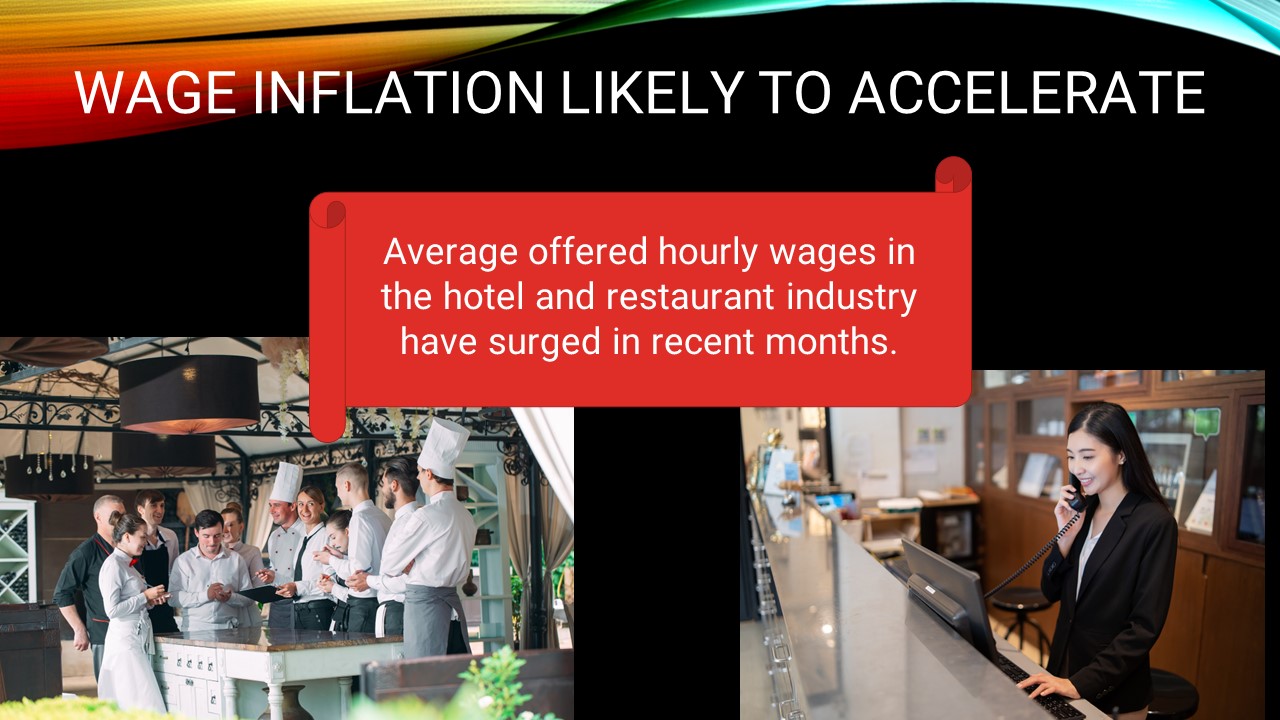 Mounting inflation pressure point to another 50 basis point hike in the overnight rate when the Bank of Canada meets again on June 1. Governor Mackem has stated that a full half-point increase will be in play. That will take the policy rate up to 1.5%, compared to 1.75% immediately before the pandemic. The war in Ukraine has exacerbated supply disruptions and markedly increased key commodity prices. Canada’s economy remains strong–the strongest in the G-7–owing to the relatively large commodity sector. Markets expect the overnight rate to hit close to 3% by yearend. However, the Bank will adjust its plans based on incoming data. Preliminary evidence suggests that housing activity weakened in April due to rising mortgage rates and insufficient supply.