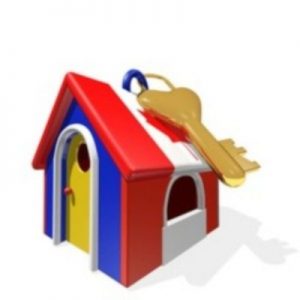 Canadian home sales declined for the first time in five months led downward by weakening activity in Vancouver and Toronto. Statistics released today by The Canadian Real Estate Association (CREA) show national home sales fell by 0.4% from August to September. While housing activity has picked up since the first half of this year, it remains well below the boom levels of 2014 to early-2017.

Monthly sales gains were most evident in the Fraser Valley and Montreal. The Montreal housing market has been strong for well over a year.

On a year-over-year basis, national sales declined 8.9% last month. About 70% of local markets were down on a y/y basis, let primarily by declines in major urban centres in British Columbia, along with Calgary, Edmonton and Winnipeg. 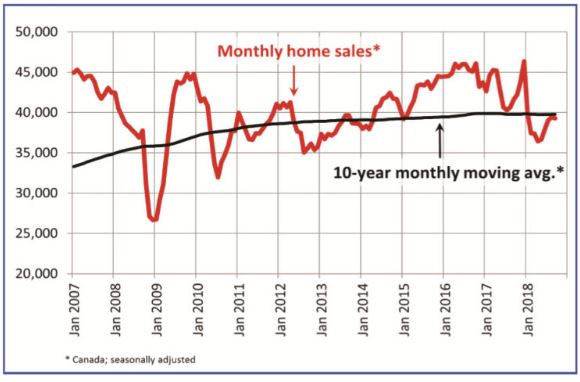 With sales down slightly and new listings up, the national sales-to-new listings ratio eased to 54.4% in September compared to 56.2% in July and August. The long-term average for this measure of market balance is 53.4%.

Based on a comparison of the sales-to-new listings ratio with the long-term average, about three-quarters of all local markets were in balanced market territory in September 2018.

The Aggregate Composite MLS® Home Price Index (MLS® HPI) was up 2.3% y/y in September 2018. The increase was in line with those posted in each of the two previous months. Benchmark home prices fell by 0.26% from August to September (see Table below). Downward price pressure in much of B.C. continues.

Trends continue to vary widely among the 17 housing markets tracked by the MLS® HPI. In British Columbia, home price gains are diminishing on a y/y basis in the Lower Mainland (Greater Vancouver (GVA): +2.2%; Fraser Valley: +8.5%). Meanwhile, prices in Victoria were up 8.7% y/y in September. Elsewhere on Vancouver Island, they climbed 13.2%.

Among the housing markets in the Greater Golden Horseshoe region that are tracked by the index, home prices were up from year-ago levels in Guelph (+8%), Hamilton-Burlington (+6.1%), the Niagara Region (+5.9%), the GTA (+2%), and Oakville-Milton (+1.4%). By contrast, home prices slipped lower in Barrie and District (-3.6%).

The cost of owning a home in Canada is at its highest level in 28 years and likely to get only more expensive as interest rates continue to rise (see chart below). Homeownership costs, including a mortgage, property taxes and utilities, took up 54% of a typical household’s pre-tax income in the second quarter, according to the Royal Bank, compared to 43% three years ago.

While rising prices was the culprit behind the loss of affordability between 2015 and 2017, mortgage-rate increases accounted for the entire rise in carrying costs over the past year. The country’s central bank has hiked interest rates four times since July 2017 which has filtered through to higher borrowing costs for homeowners.

I expect the Bank of Canada to proceed with further rate hikes taking the overnight rate up from 1.5% to 2.25% in the first half of 2019. This will keep upward pressure on mortgage rates and increase the cost of homeownership even more across Canada.

Higher housing costs cannot be blamed on speculators. Recent analysis by Bloomberg using Teranet Inc.’s land and housing registry shows that condo flipping was never pervasive in the Vancouver and Toronto housing booms and that condo-flipping has diminished since late 2016. This suggests that stricter measures to curb speculators will not make those cities more affordable. 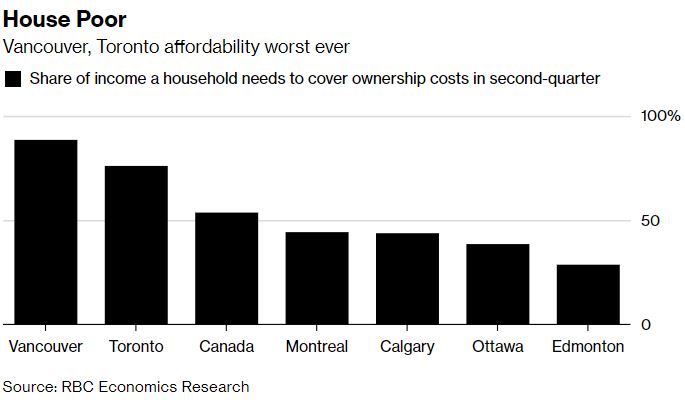 Recent data have also shown that Toronto’s rental market continues to tighten as demand for housing in the city soars from millennials, down-sizing baby boomers and an influx of new tech and financial-services workers. High home prices, rising mortgage rates and new government regulations have priced out many buyers, pushing them into the rental market.

Rents in the GTA have risen sharply over the past two years as vacancy rates decline. More upward momentum in purpose-built rental construction is required to meet overall demand.
The total inventory of purpose-built rentals coming under construction rose to 11,172 units, according to Urbanation, a real estate consulting firm that specializes in the condo market. That’s the highest level in more than 30 years and 56% more than last year. Just 60 such buildings have been completed since 2005.

At the same time, construction starts of rental buildings slowed to 826 units in the third quarter, dropping from a recent high of 2,635 starts in the second quarter. The Ontario government’s broadening of rent controls to all newly constructed units is a deterrent to the volume of new supply necessary to meet the city’s rental housing demand.