Small declines in the GTA and Montreal were offset by gains in the Fraser Valley, Quebec City and Edmonton.

The actual (not seasonally adjusted) number of transactions in August 2021 was down 14% on a year-over-year basis from the record set for that month last August. That said, it was still the second-best month of August in history. 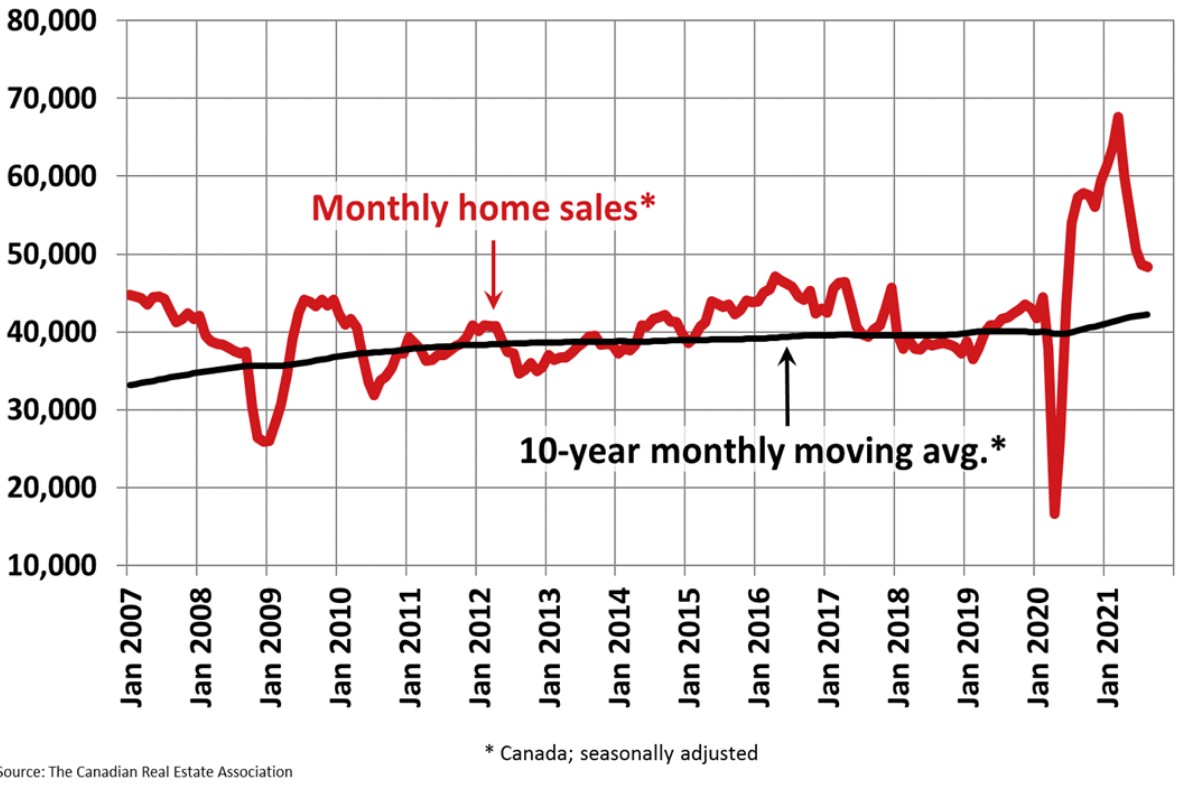 The number of newly listed homes ticked 1.2% higher in August compared to July. As with sales activity, it was a fairly even split between markets that saw declines and gains. New supply declines in the GTA and Ottawa were offset by gains in Vancouver and Montreal among bigger Canadian markets.

Based on a comparison of sales-to-new listings ratio with long-term averages, a small majority of local markets remain in seller’s market territory. The remainder are in balanced territory.

There were 2.2 months of inventory on a national basis at the end of August 2021, down a bit from 2.3 months in July. This is extremely low – still indicative of a strong seller’s market at the national level and most local markets. The long-term average for this measure is more than twice where it stands today. It was also the first time since March that this measure of market balance tightened up. 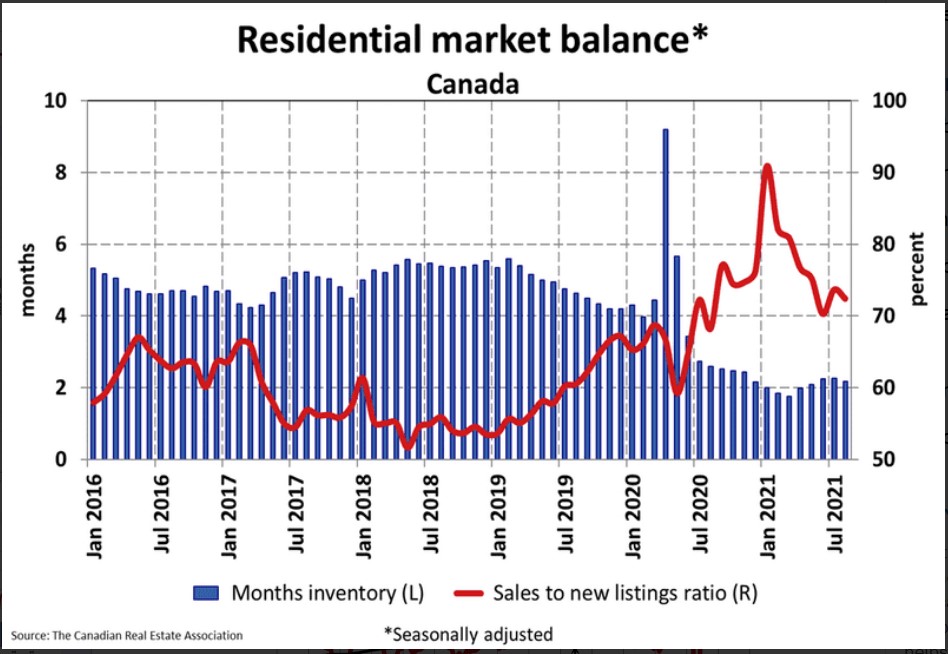 The Aggregate Composite MLS® Home Price Index (MLS® HPI) rose 0.9% month-over-month in August 2021. In line with tighter market conditions, this was the first acceleration in month-over-month price growth since February. While the trend of re-accelerating prices was first observed earlier this summer in Ontario, the reversal at the national level in August was less of a regional story and more of a critical mass story. Synchronous trends across the country have been the defining feature of the housing story since COVID-19 first hit, and that still appears to be the case.

The non-seasonally adjusted Aggregate Composite MLS® HPI was up 21.3% on a year-over-year basis in August.

Looking across the country, year-over-year price growth is averaging around 20% in B.C., though it is lower in Vancouver, a bit lower in Victoria, and higher in other parts of the province. Year-over-year price gains are in the mid-to-high single digits in Alberta and Saskatchewan, while gains were a little over 10% in Manitoba.

Ontario saw year-over-year price growth still over 20% in August. However, as with B.C. big, medium and smaller city trends, gains are notably lower in the GTA, around the provincial average in Oakville-Milton, Hamilton-Burlington and Ottawa, and considerably higher in most smaller markets in the province.

The opposite is true in Quebec, where Greater Montreal’s year-over-year price growth, at a little over 20%, is almost double that of Quebec City. Price growth is running a little above 30% in New Brunswick (higher in Greater Moncton, a little lower in Fredericton and Saint John), while Newfoundland and Labrador is in the 10% range on a year-over-year basis (a bit lower in St. John’s). 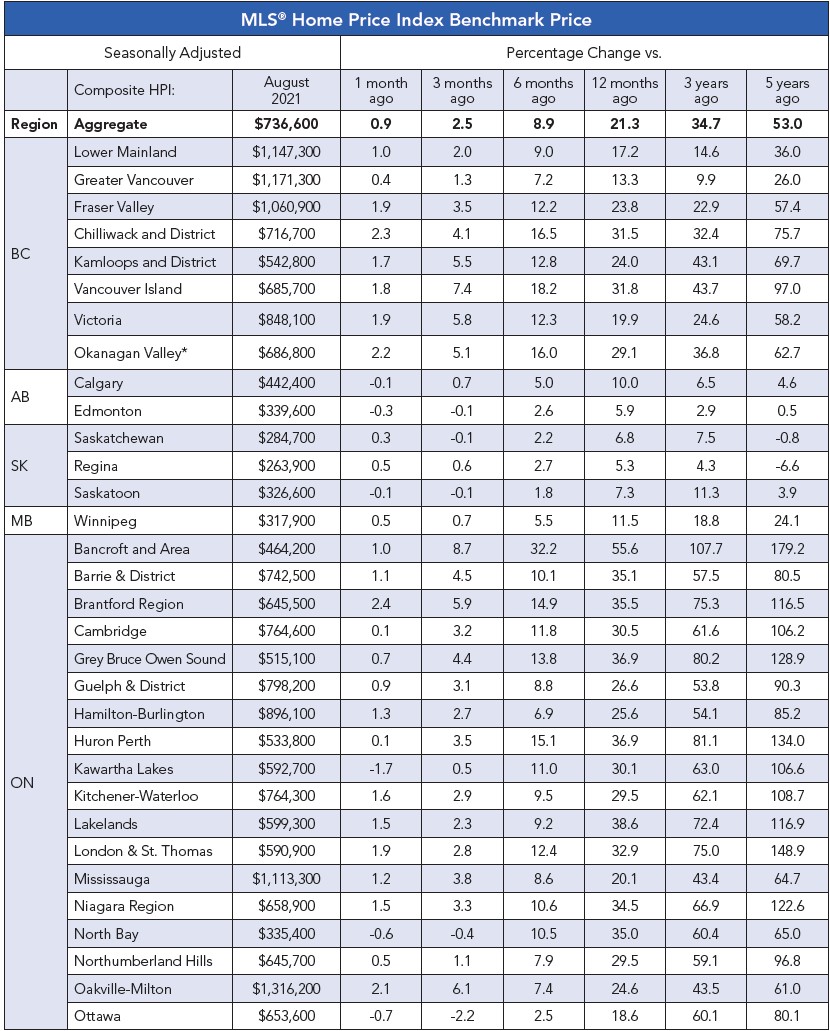 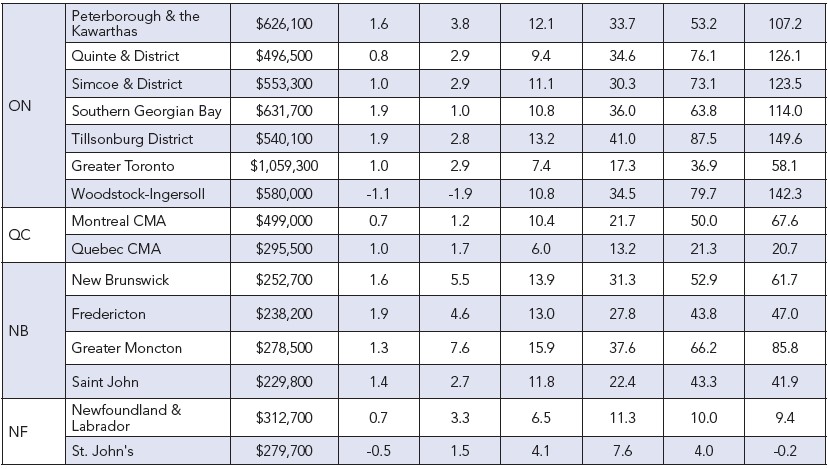 Local housing markets are cooling off as prospective buyers contend with a dearth of homes for sale. Though increasing vaccination rates have begun to bring a return to normal life in Canada, that’s left the country to contend with one of the developed world’s most severe housing shortages and little prospect of much new supply becoming available soon despite all of the election promises. As net new immigration resumes, this excess demand in housing will mount. The impediments to a rapid rise in housing supply, both for rent and purchase, are primarily in the planning and approvals process at the municipal levels. Federal election promises do not address these issues.