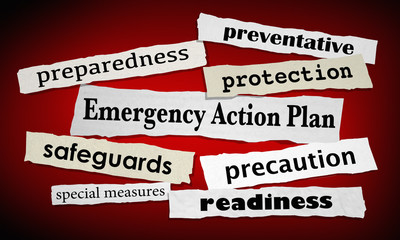 In an unprecedented Sunday afternoon meeting, the US Federal Reserve cut their key policy rate by 100 basis points (bps) to a level of 0%-to-0.25% (see chart below). Also, the Committee announced increased access to the discount window where the Fed makes loans to banks. The Fed is the lender-of-last-resort and is signalling that it will provide liquidity wherever needed. As well, with interest rates already so low, the Fed is well aware that rate cuts can only do so much. Thus, they are returning to quantitative easing–the buying of large volumes of U.S. government Treasury bills and bonds as well as mortgage-backed securities (MBS), to inject liquidity into the financial system.

The Treasury and US MBS markets are usually the deepest, most liquid markets in the world. But over the past two weeks, liquidity has dried up. Financial instability has risen sharply with the high level of volatility. Banks have experienced significant withdrawals as consumers are hoarding cash like everything else. The cost of funds to banks has risen sharply because of the enhanced perception of risk. With the collapse in oil prices, banks exposed to the oil sector are building up reserves for nonperforming loans. As businesses everywhere in nearly every sector shutdown, the risk of delinquencies rises further. Consumers who are housebound spend less money, and those who are freelancers or hourly wage earners might not get paid. Moreover, the shuttering of schools puts an added burden on parents who have no other daycare options for their kids.

All of this disruption, which according to the Center for Disease Control, could last months–the CDC recommended yesterday the shutdown of meetings of more than 50 people for eight weeks–has led to rising concern about the riskiness of banks. Bank shares have plummeted, and the yields on bank bonds have surged. Besides, banks and other mortgage lenders are fearful of being inundated with requests for refinancings, especially in the US, where penalties for breaking a mortgage are much lower than in Canada. Because of the refinancing surge in the US, the price of MBSs has fallen sharply, raising their yields and making the market highly illiquid.

The rising risk premiums, likely recession and illiquidity are causing banks in Canada and the US to raise some mortgage rates. Lenders are tightening the discount off the prime rate on variable-rate mortgage loans. Some fixed rates have edged higher as well. Such spread widening between mortgage rates and government yields happened during the financial crisis. Bank balance sheets will expand as troubled businesses and consumers extend their borrowings on their open lines of credit. Many will be unable to make timely interest payments. Loan loss reserves, already climbing, will rise further. Liquid deposits will be depleted as many are forced to live off of savings while shying away from selling stocks at markedly depressed prices.

These are not normal times. The Fed’s actions did nothing to calm markets. Indeed, stocks and bond yields plummeted in overnight trade, and the stock markets opened sharply lower in North America. The S&P 500 opened down over 8% while the TSX opened down 11%, triggering a circuit-breaker time out. This is the third time in a week the circuit breaker has hit. The TSX is down roughly 35% from its recent high (see chart below). The S&P 500 is down over 20%. The relative underperfomance of the Canadian stock market reflects our out-sized representation of the energy sector. The two weakest sectors in the TSX are the energy and financial sectors.

The world knows that the Fed and other central banks are running out of ammunition. Governor Powell said yesterday that he would not take the key fed funds rate into negative territory but instead would use “forward guidance” and asset purchases (quantitative easing) going forward.

The good news is that the banks are highly capitalized and much more resilient than during the financial crisis. Central banks since that time have put in place measures to monitor financial stability. Last Friday, the Canadian Office of the Superintendent of Financial Institutions (OSFI) reduced the capital requirements for Canadian banks to free up $300 billion for banks to support troubled borrowers. OSFI warned against the use of these funds to buy back stocks or raise dividends.

But in these extraordinary times, there is a loss of confidence in the financial system. Some are calling for a full shutdown of the stock markets–but imagine the panic if no one could sell assets. There would truly be a run on the banks. Now is not a time to panic.

The Canadian Real Estate Association announced this morning that home sales recorded over the Canadian MLS Systems rose 5.9% in February, marking one of the more substantial month-over-month gains of the past decade. Actual (not seasonally adjusted) sales activity stood 26.9% above year-ago levels–keeping in mind that activity was quite weak one year ago. February 2019 marked a decade-low for the month, so a good part of the significant y-o-y gain reflects low levels of activity recorded at the time. February 2020 also benefited from an additional day due to the leap year.

The CREA President, Jason Stephen, said, “Home prices are accelerating in markets where listings are in increasingly short supply, specifically in Ontario, Quebec and the Maritimes which together account for about two-thirds of national sales activity. Meanwhile, ample supply across the Prairies and in Newfoundland and Labrador means increased competition among sellers.”

The number of newly listed homes jumped 7.3% in February compared to January, more than erasing the declines of late last year. New supply gains were posted in some large markets, including the Fraser Valley, Calgary, Edmonton, the GTA, Hamilton-Burlington, Kitchener-Waterloo, Windsor-Essex, Ottawa and Montreal.

The Aggregate Composite MLS® Home Price Index (MLS® HPI) rose 0.7% in February 2020 compared to January, marking its ninth consecutive monthly gain. The actual (not seasonally adjusted) national average price for homes sold in February 2020 was around $540,000, up 15.2% from the same month the previous year. See the table below for the regional move in prices.

Moreover, volatility and instability reduce consumer confidence. Buyers that parked their downpayment savings in the stock markets have lost nearly a third of their money on paper. And how many sellers want a trail of strangers wandering through their homes during the pandemic. So the housing market, like everything else, is likely going to slow over the near term.

The Bank of Canada is hopeful that its rate cuts will stabilize the housing market from what might have otherwise been a substantial shutdown. Lower rates will filter through to lower monthly payments for floating-rate mortgage borrowers. Expect the Bank to cut rates again to near-zero levels, following in the footsteps of the Fed. So far, as of this writing, the Canadian banks have not responded to Friday’s BoC rate cut. The prime rate went down a full 50 bps on March 5 after the Bank cut its key rate by that amount on March 4. But so far, the Big-Six banks have not responded to the 75 bps cut three days ago.