The labour underutilization rate, which captures the full range of available people who want to work, rose 2.3 percentage points to 17.0% in April.

The number of Canadians unemployed for 27 weeks or more–the long-term unemployed–increased to 486,000. This group might well be the most scarred by the pandemic in terms of their job prospects and skill deterioration. 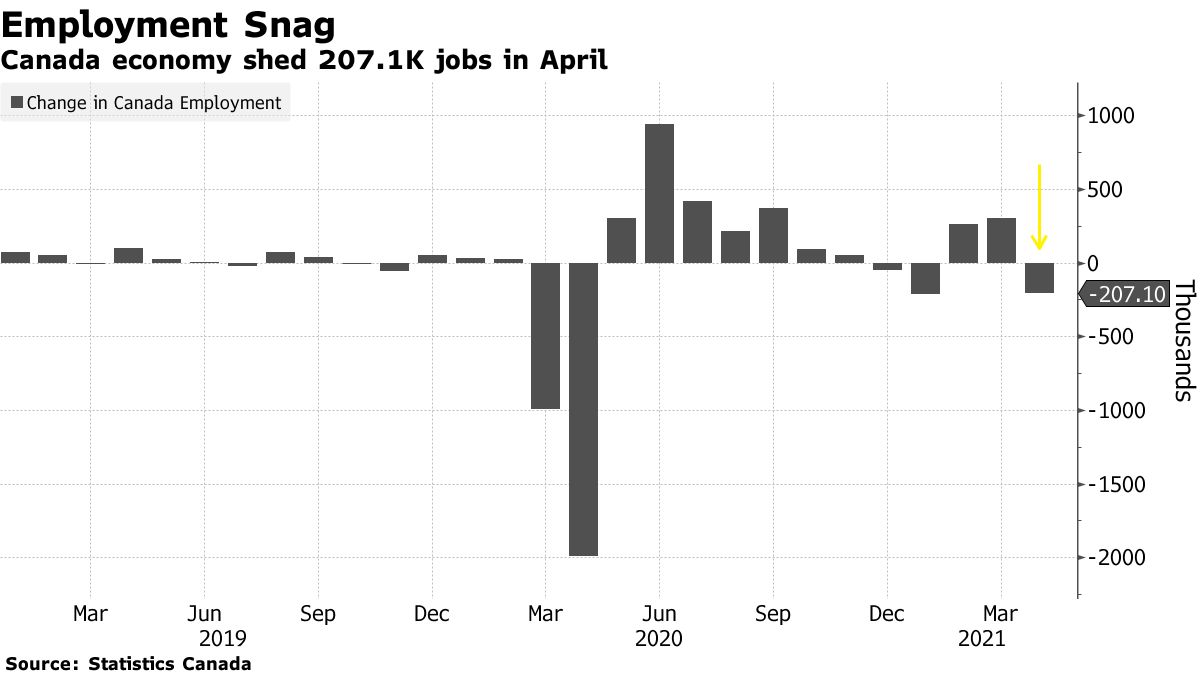 Accommodation and food services accounted for more than two-thirds (70.9%) of the overall employment gap (-503,000) compared with February 2020.

Employment increased in public administration (+15,000); professional, scientific and technical services (+15,000); and finance, insurance and real estate (+15,000), three industries where many activities can be performed remotely.

Employment in goods-producing industries was little changed in April. 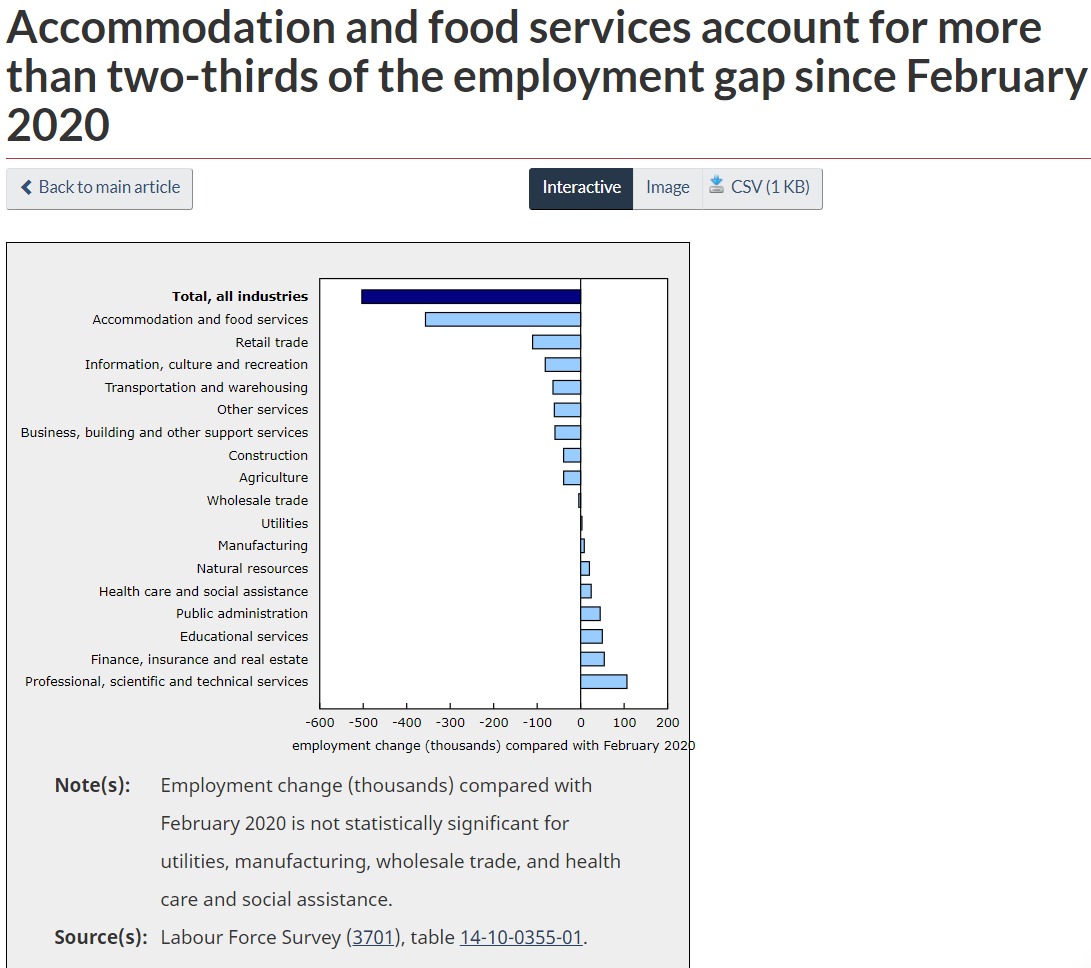 Employment in British Columbia declined by 43,000 (-1.6%)—the first decrease since substantial employment losses in March and April 2020.

Employment increased in Saskatchewan and New Brunswick, while there was little change in all other provinces. 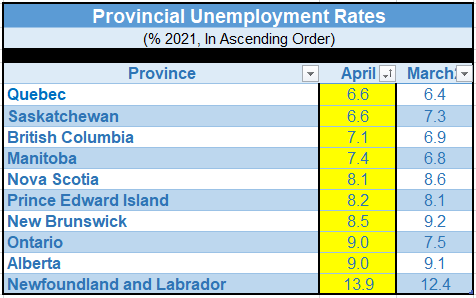 The third wave restrictions cut heavily into Canadian employment in April, mostly in line with expectations. However, in contrast to the mild impact on growth from second-wave restrictions, the latest drop may leave more of a mark on the broader economy, with full-time positions also hit this time. On a less downbeat note, the employment-to-population rate remains a full point above January’s level (at 59.6%). The participation rate is also higher than in the second wave at 64.9% (albeit down a bit from the pre-pandemic trend of 65.5%).

Looking ahead, as in prior waves of virus spread, employment will rebound once the government can ease containment measures. And that light at the end of the tunnel is getting closer, with vaccination rates ramping up. In the meantime, government support programs for those losing work remain in place and help put a floor under household purchasing power.

Canada’s economy remains about half a million jobs shy of pre-pandemic levels. The Canadian dollar rose to 82.36 cents US after the report. The yield on Canada’s 5-year bond yield dipped to 0.894%, down a few ticks from Thursday’s close.

The U.S. Labor Department also released soft jobs data Friday that were even more disappointing. U.S. payrolls increased by just 266,000, versus estimates for a 1 million gain.