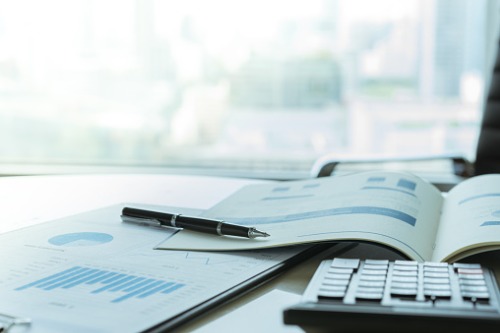 In comments delivered to the Standing Committee on Finance on Tuesday, Canadian Mortgage and Housing Corporation CEO Evan Siddall laid out a potentially bleak scenario for the country’s homeowners. Siddall told parliamentarians that by September, if Canada’s economic recovery fails to generate enough momentum, 20 percent of mortgages could be in arrears.

“A team is at work within CMHC to help manage a growing debt ‘deferral cliff’ that looms in the fall, when some unemployed people will need to start paying their mortgages again,” Siddall said during the Committee’s videoconference. “As much as one fifth of all mortgages could be in arrears if our economy has not recovered sufficiently.”

It was one of many disturbing claims made by Siddall, who also told the Committee that the nominal house price in Canada could fall by as much as 18 percent over the next six to 12 months, with the biggest losses expected in oil-driven economies like Alberta and Saskatchewan and in overheated markets like Toronto. If prices fall by 10 percent, Siddall said first-time buyers could lose as much as $45,000 on a $300,000 home.

But the deferral issue didn’t seem to phase him.

“Canadians do a very good job of paying their mortgages, even when they’re under water, so our loss forecasts are not extreme,” he said in an exchange with Progressive Conservative MP Pierre Poilievre. When asked by Poilievre for CMHC’s potential loss forecast, Siddall estimated that it could be as high as $9 billion.

According to DLC’s Dr. Sherry Cooper, Siddall’s claim that 20 percent of mortgages could be delinquent by September borders on the ridiculous.

“It’s kind of bizarre to me,” she says. “Most economists are finding fault with it.”

An arrears rate of 20 percent would essentially mean that the Bank of Canada’s efforts to ensure the availability of credit and the federal government’s pumping of billions of dollars into the economy to prevent business closures and forced bankruptcies will actually accelerate the rate at which Canadian mortgages are turning sour.

“The Bank of Canada estimates that the delinquency rate could possibly move up from .25 percent to .8 percent. And now we’re talking about 20 percent delinquency rates?” Cooper says. “Give me a break.”

When asked if there was a possibility that Siddall was referring to deferrals when he used the word “arrears”, Cooper was doubtful.

“No, he’s a very smart guy,” she says, despite the unlikelihood of his prediction.

“It’s not going to happen. The highest delinquency – which is what ‘arrears’ is – rates we’ve ever seen in history are nowhere near [the projected 20 percent],” she says.

“The government has been pretty proactive in terms of providing as many programs as they possibly can to weather the storm,” he says, adding that there’s “no way” Siddall’s arrears projection is accurate.

“Even his comments about CMHC seeing housing prices falling by 18 percent I think are overblown, too,” says Hansra. “Nobody knows what’s happening with house prices.”

Hansra isn’t preparing for the kind of worst-case scenario Siddall laid out. Instead, he says his team is readying themselves for a potential, although still unlikely, stream of borrowers looking for refinancing or equity take-out solutions that will require private money.

“I don’t see it happening,” he says, “But if it does, I think that’s the only way mortgage professionals are going to be able to provide financing for their customers. Because if they’re not going to be able to make their mortgage payments and they have equity sitting in their home, either people are going to look to use home equity lines of credit to make those payments or they’ll look for some sort of second or third mortgage financing.”

Hansra stresses that projections like Siddall’s, particularly when they’re made at a time with no parallel in human history, need to be taken with a few million grains of salt.

If CMHC did envision a 20 percent arrears rate by fall, a fair question to ask, says RateSpy founder Robert McLister, is why they are not acting now to mitigate what would be an utter catastrophe for the Canadian economy.